Support of perspective and talents (children and young people) in the process of intellectual and creative development, life formation and social self-realization

Project objective:
1. Creation of economic and organizational conditions for intellectual and creative development, life formation and social self-realization of perspective and talented young people according to the youth policy of Kazakhstan.
2. Involvement of young people into cultural, educational, scientific and economic processes of the country.

Problem definition:
Complexity of historical social changes has affected all aspects of the younger generation’s life. Traditional youth problems and the ways problem solving have changed. The necessity for support of young people is determined by difficulties of the life start that a young man can face.
Construction of a democratic society with socially-oriented economy is not possible without cultural, highly educated, spiritually and professionally developed young people who must take direct participation in formation and realization of the policy related to young people and the society in general.
According to the state youth policy of Kazakhstan, young people are one of the socially active population layers having an important potential weigh. That is why it is very important to assess adequately the role and place of young people in state development.
Ways of problem solving:
It is necessary to provide young people with conditions for development of their talents and skills, choice of a life journey, achievement of personal success regardless of their material conditions or social position.
This Project implies a various financial, organizational and consultative support for perspective and talented young people at the stage of personal formation. Upon that, worthy representatives of the younger generation receive an unprecedented opportunity to find their niches in cultural, scientific, sportive and educational life of the country.
However, it is necessary to remember that a chance provided by the Project is only a certain start and incentive for further self-activity, demonstration of creative and professional initiatives, and striving for development and growth.

2. Second phase. Organizational and economic support of talents
Based on the results of the three-phase selection laureates will receive the Foundation’s support, the form and size of which will be determined depending on a nomination and may be represented in the form of:
– financing of participation in exhibitions, competitions, Olympiads, contests, including international ones;
– payment of education in institutions of higher education, master’s degree programs, including foreign ones;
– organization of audition, review, interview in a relevant nomination with competent and recognized professionals on a case-by-case basis in each nomination;
– provision of an opportunity to get a trainee job in leading enterprises, companies and organizations, music collectives and societies.

Project financing:
The Project is being financed at the cost of voluntary contributions of benefactors to the “Saby” Charitable Foundation.

Expected results of the Project:
Discovery of labor and creative potential of talented and perspective young people of Kazakhstan, their successful integration and social self-realization; involvement of young generation – an important strategic resource – in active life of the civil society.

INTERIM RESULTS OF “ALEM” PROGRAMME FOR SUPPORTING YOUNG TALENTS AS OF JANUARY 01, 2017:

2010 year –
– The first “Alemee” – young talent from Kostanay city, Zhassulan Sydykov, with a unique voice, as a result of audition and a decision of Experts of the Programme, received in 2010 year from “Saby” Foundation a grant to study in Kazakh National Conservatory; he had the opportunity to participate in the concert programs and to broadcast on TV state channels; also, musical equipment was given him by the Foundation for individual lessons; Zhassulan has been attended English and public speaking courses.

2011 year –
– January 2011 – July, 2012 – There were selected under 250 applications by Selection Committee of “Alem” Programme from the applicants of 35 state locations; there were organized 17 outreach campaigns for young talents about the “Alem” Programme requirements; there were hold 8 auditions by high quality professionals in singing area;
– June, 2011 – there were selected 12 applicants with the aptitudes in various nominations;
– July 2011 – “Alem” participants Zhassulan Sadykov and Timur Aldybergenov took part in celebration of the Astana Day;
– March – June, 2011 – under the “Alem” Programme there were implemented project in cooperation with Timur Bekmambetov Company, “Bazelevs”, – Scripts Competition – on searching and selecting talented script writers from all over Kazakhstan; over 650 letters were processed, 132 applications were accepted, 10 semifinals were selected; July: a festival was held, the winner of which was Bakhtiyer Kadyrov;
– April, September 2011: Anuar Khametov and Beknur Soltanov from Semei received notebooks from the Foundation as encouragement for their creative work;
– July – August 2011: a two-week personal exhibition of works was organized and held in the Central Exhibition Hall of Almaty city for 9-year old Roman Kuznetsov from Petropavlovsk;
– September 2011: Assanova Shamshyrak from Aktobe oblast and Yelena Lushnikova from Petropavlovsk received educational grants under the “Alem” Programme for study in prestigious higher educational institutions;
– October 2011: sports facilities and furniture were purchased for the Almaty Union of Chess Players – chess tables, chairs, figures and clocks; the first children-youth qualification tournament was conducted in November 2011;
– Zhassulan Sydykov and Timur Aldybergenov have taken part in the celebratory concert devoted to the 20-years anniversary of Independence of the Republic of Kazakhstan that was conducted in Astana on December 16.

2012 year –
– February, 2012: Tlepbergenov Berik from Atyrau region, a first-year student of the KazNTU (Kazakh National Technical University) received a scholarship for the entire period of university education;
– From 13th till 17th of February, 2012: the social and cultural event ‘Nomad’s Way’, which included an exhibition of Kazakh antique jewelry and a charitable auction, the beneficial owner of which became the Alem Young Talents Support Program, was held in New York;
– April 2012: to develop the musical talent of Maksatuly Nurzat from Kyzylorda region, a digital piano Yamaha Clavinova was given to him as a gift;
– May 2012: informational video about the “Alem” Program recorded and put into rotation on state television channels;
– From March to June, 2012: the joint project ‘Movie Script Contest’ with Timur Bekmambetov’s Bazelevs Film Company, which included the search and selection of talented script writers, was implemented for the second time. The winner is Faisal Qureshi from Great Brittany;
– From January to June, 2012: the Second Poetical Contest in the national language was announced. According to the results of the Contest, Mutiyeva Akzharkyn became the winner who received the grand prize of a laptop and educational grant to the Al-Farabi Kazakh National University;
– June, 2012: cash prizes awarded to the winners of the Republican contest of applied arts named of Shinbergen Amanturlin among youth with disabilities for their unique ability of the applied arts;
– August 2012: there were selected 15 applicants with the aptitudes in various nominations;
– September, 2012: According to the results of the poetry competition a collection of the best poems published;
– October, 2012: participation of child karate-do Shotokan team in the World Cup in Tashkent financed;
– December, 2012: Medet Shayakhmetov won international educational Foundation grant to study at the New York Film Academy.

2013 year –
– From January to June, 2013: the Third Poetical Contest in the national language was announced. According to the results of the Contest, Baituganova Orynai from Kyzylorda region became the winner who received the grand prize of a laptop;
– April, 2013: Kanat Beisekeyev won international educational Foundation grant to study at the New York Film Academy;
– September 2013 – published the book of best poems according to the results of the Third Poetical Contest;
– September 2013 – publication of the works of the Third Poetical Contest laureates in the “Baldyrgan” printed publication and the “Ulan” newspaper;
– Three “Alem” participants were awarded with educational grants on 2013-2014 academic year for the education in best universities of the Republic of Kazakhstan.

2014 year –
-January-June 2014 – The Fourth Poetical Contest in the state language was announced, by results of which the winner was declared- Gilymkhanov Maulen from West Kazakhstan region. The grand prize – notebook;
-May 2014- the possessor of International educational grant – Kanat Beisekeyev graduated one-year course in New York cinema academy with the specialization in “Photography”;
– June 2014 – Ablaikhan Ahazhanov won the third international educational grant to study at the University of California, Los Angeles (UCLA), the USA, majoring in Electronics;
– August 2014 – A new website for ‘Alem’ Programme, now it will be more accessible to apply for a grant;
– September 2014 – a financial support was provided to Arthur Panihin, a young star of figure skating, to ensure his participation in Grand Prix junior competition in Ostrava, Czech Republic, which took place from 3 to 6 September 2014;
– September 2014 – 10 pupils of the 7th and 8th years were intake to the advanced course in Mathematics;
– September 2014 – 3 young talents from various regions of Kazakhstan (Almaty, Almaty region, Zhambyl region and West Kazakhstan region) were awarded educational grants to study in the best universities of Kazakhstan for the 2014-2015 academic year;
– November 2014 – together with well-known Kazakh businessmen Kenes Rakishev and Viacheslav Kim the contest ‘Build Your Business’ with a prize fund of 200,000 US dollars was launched.

2015 year –
– January- June 2015 – the Fifth Poetical Contest in the State Language was declared, according to the results of which the winner, Zhaulybay Nurbek from Bekarystan village of Kazalinskiy district, Kyzylorda region, was chosen. The grand prize – notebook;
-June 2015- the results of the first academic year of the courses of advanced mathematicians for 10 pupils of 7-8 forms were summarized;
– August 2015 – three educational grants were allocated for education in higher education establishments of Kazakhstan;
– October 2015 – “Saby” Charitable Foundation within the framework of the “Alem” program became the sponsor of the V International Film Festival of Student and Debut Films “Bastau” ;
– December 2015 – thee gifted students, successfully passed achievement tests, joined the group of “advanced” mathematicians, who want to engage themselves with this exact science.
– October and February 2015 – 2 stages of professional testing were organized for 20 fosterlings of boarding schools of Almaty city. It was held in Almaty branch of Saint-Petersburg University of the Humanities and Social Sciences.
-December 2015 – annual subscription to the print publications of “Baldyrgan” magazine was registered for social institutions of Almaty region.

2016 year –
– January-June 2016 – Sixth poetry contest in the state language has been carriedout, under the results of which the winner – BOKEBAY Dina – has been determined, she is a student of Class 10 from the village of Kozhabaky Kazaly region of Kyzylorda region. The main prize was a laptop;
-May 2016 -Financing of trip for Maria BORISOVA, 10 years, to “the Olympics of Martial Arts East-West 2016” which took place in May 2016 in St. Petersburg;
-June 2016 – The second academic year of advanced mathematics courses has been summed up for 13 students. Like last year, the children decided to continue the lessons in summer;
-June 2016 – 10 participants of “Alem” Program: SHAYАKMETOV Medet , MUTIYEVA Akzharkyn, ABIL Zhuldyz , BAGYTOVA Aykorkem , TEMIRKHANOV Merei, KULYMOVA Akkenzhe, MALYSHOV Azamat Mukataeva Altynshash, TEMIRGALY Karlyga, RAZZAKOV Makhmut graduated from the colleges and universities;
– July 2016 – five best graduates of Nazarbayev Intellectual School of Almaty: KASHAGANOVA Madina, BERLIKULOVA Aruai, BULATOV Zhandos, ZHEKSENBEKOVA Diana and SEMENOV Alexey was allocated the grants, with duration of 3 years, to study at Computer School named after Efi Arazi on the Bachelor’s degree in Computer Science of the Interdisciplinary Center Herzliya (IDC Herzliya), Herzliya, Israel;
– October 2016 – financing of trip for BEKTUROVA Malika to the IV International Violin Contest named after L. Auer in St. Petersburg.

‘Milestones’ Project:
This project runs for 6 years involving more than 50 towns and villages of Kazakhstan, 800 applications were processed and 31 educational grants, including 8 international ones, were won. In total 113 people got support from ‘Saby’ Foundation via ‘Alem’ Programme. 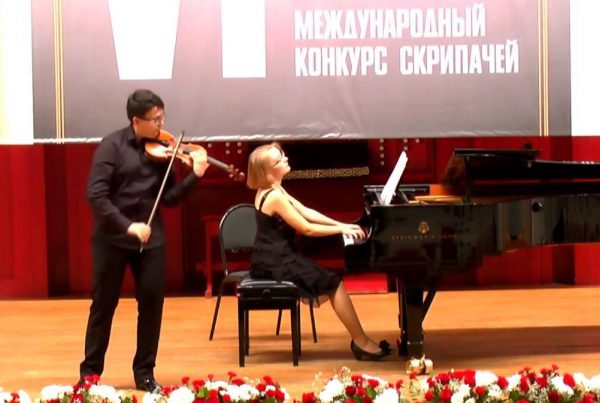 “Saby” continues to search for talents

The program for supporting young talents “Alem” continues to search for new talents. In new season, the young violinist from Pavlodar Omar Kuanyshev became the first who attracted attention. Now… 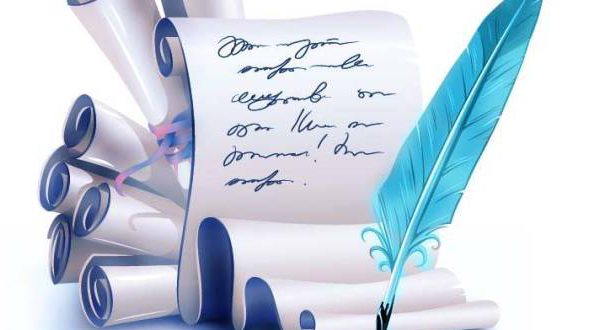 For the Attention of Young Poets!

The acceptance of applications for participation in the Seventh Poetical Contest in the State language announced by Saby Foundation is continued. The grand prize is a notebook and the possibility… 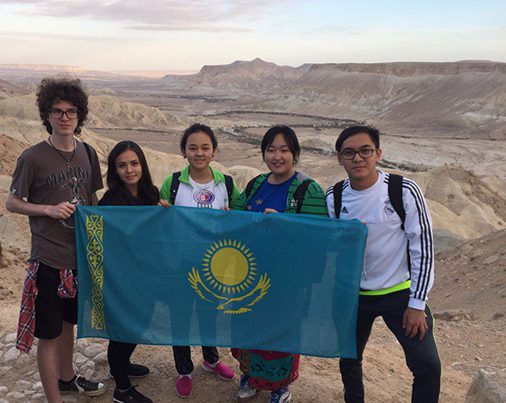 Six months ago, the Saby Foundation awarded grants for education at the Higher School of Computer of Israel to five best graduates of the Nazarbayev Intellectual School of Almaty. Immediately…